Massy is his thing. From the beginning of his career, Varun Dhawan has worn the ‘Massy Hero’ badge with pride, and for him, it has worked wonders. The pandemic has changed him, not his choices or passion for cinema, but his state of mind. He’s still raring to go, but not in the rat race. He desires to do more of the kind of cinema he strongly believes in, crowd-entertainers, but he says that even in that zone, “You need to figure out newer ways of entertaining the audience.” And even as the audience is still grooving to the hook step from the Nach Punjaban song from his recent release, Varun takes time out to talk to us about industry perceptions, his obsession and other truths. Read on, he will have you hooked…

Watching your film on the big screen after a two-year lull and after all the uncertainty that the film industry went through, did you heave a sigh of relief?

I am grateful that this could happen as we shot for
Jugjugg Jeeyo through the pandemic. Neetu ma’am (Neetu Kapoor) and Raj Mehta (director) got COVID, and by the time we released the film, I guess most of the cast members had got COVID. It was extremely challenging, especially shooting for a family film during that time, as all characters were at close quarters, and we also shot songs. We didn’t want to compromise on the scale, so there were breaks in the shoot, but we were determined to make the film that we wanted to.

Street Dancer 3D was released in 2020, just before the pandemic struck, then Coolie No. 1, which was supposed to release soon after (in May 2020), was pushed ahead and eventually, it was released on an OTT platform in December 2020. At that point, how did it feel to see such a massy film meant for the big screen take the digital route?
When you are giving an interview, you know it will be in a public forum, so you always think…should I say this? Sometimes when you speak your heart out, you are judged for what you have said. So, we can rarely speak the truth. But, if I am being honest, I will say that at the onset, it 100% hurt when we came to know that Coolie No. 1 will not have a theatrical release. But at the end of the day, everyone who was associated with the film made their money back during the pandemic. The change in the release plan did not cause them any economical loss. I know that Sara (Ali Khan), dad (David Dhawan, who directed the film) and I, were really dying to have a theatrical release. It was tough for me surely, but more so for dad; he is 70 now and has made so many successful films, so he wanted to see how this film would do in the theatres and how people would react to it in the single screens. That is the absolute truth. 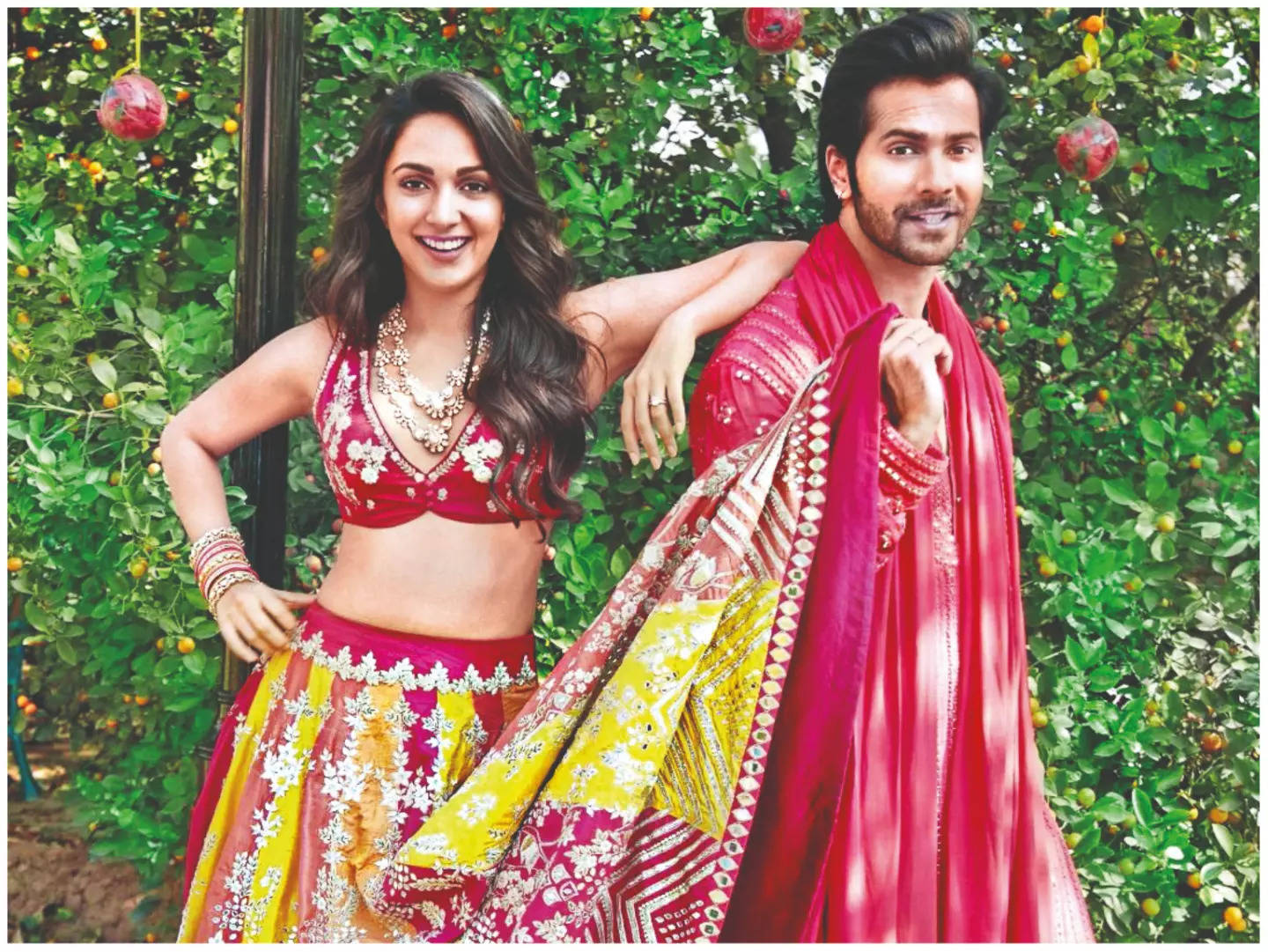 Currently, there is a lot of talk about changes in the audience’s viewing patterns, their varying appetite for cinema, et al. The film industry, too, is grappling to understand what is working and what has potential at the box office. It’s like there is this sudden cycle of unlearning and learning, so in the midst of this, were there jitters about putting out a film in the comedy-drama space, which is a tricky zone?

Definitely! We are seeing so many films that are not working. In the first six months, since the theatres reopened in 2022, we saw only
The Kashmir Files,
Gangubai Kathiawadi and
Bhool Bhulaiyaa 2 do well. And there was a big gap between the first two and
Bhool Bhulaiyaa 2. It was nerve-racking to think about what was happening. All we knew was that we had made a good film and we just went with that belief.

What I understand is that nobody knows anything. I am saying this very humbly as someone who has done just a few years of work as an actor in the industry — that the veterans, producers, directors or fortune tellers — no one knows what is going to happen and there is no formula right now to understand what will work. Yes, there is some factual data that tells us we will see more massier films and more universal films with universal emotions. Such films stand a chance of collecting a much bigger number at the box office, but it still has to be a great film. The only thing I can say is that we have to now make really good cinema, as mediocre cinema will not work.

Interestingly, in a previous interview with us in 2020, while talking about how we can raise the bar in our film industry in various departments – (technical, action, writing, acting), you had stressed on how while we can focus on all this, we should not leave behind or change what makes us, as that’s our soul (referring to song, dance and drama in our cinema). Cut to 2022, most of the films that have worked are high on these elements.
I believe that we can’t let go of our Indian culture, emotions and roots in our films. Primarily, we are making films for our audience. I am glad that the younger generation of filmmakers, like Raj Mehta, understand how to weave in music and other such elements so well in our films. Kunal Kohli (filmmaker and my cousin) once told me that I should work with more directors who have grey hair because they understand our Indian roots better. Honestly, I often try to tell the younger filmmakers, and there are so many today, and convince them about this. 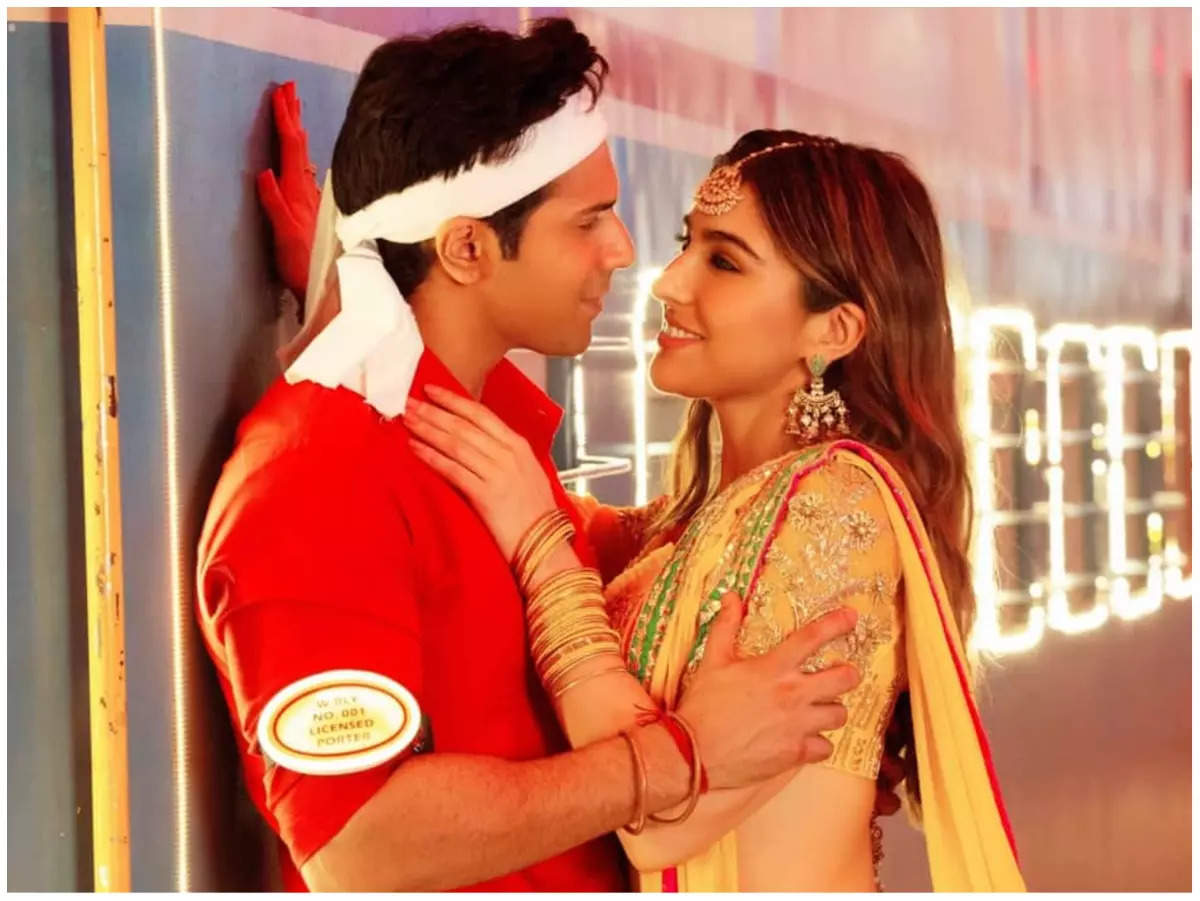 In fact, you have always said, ‘My pulse is massy’. Do you still feel that way? Years ago, you had said that you are a pan-India actor, and now that’s the buzzword in film industries across the country.

I think now everyone wants to do pan-India films. I believe if we create good, fun, non-preachy content, it could work. My current release has given me a lot of confidence. Now, I just want to do crowd-entertainers and massy films. I feel that working with good directors like Shoojit Sarkar, Nitesh Tiwari and Sriram Raghavan has helped me grow. Sometimes, you get to do a large-scale entertainer like
Bhediya, where you also get to perform.

In the last 10 years, you have covered good ground with the variety of films you have done, so now, which zone do you want to explore more of, or which new zone do you wish to explore?

I have always wanted to do something like Amar Kaushik’s
Bhediya, it’s something that hasn’t been done in recent times. Also, working with Dinesh Vijan (who is producing it) after
Badlapur was great. I told him, ‘
Tu hamesha mere paas itni tedhi films
kyun leke aata hai?’ He said, ‘
Usme hi mazaa hai, I want to put you in an uncomfortable zone.’

But these ‘uncomfortable zones’, that you stepped into with films like October and Badlapur, won you critical acclaim and brought out many facets of you as an actor. Right?

Yes. But I still feel more comfortable doing massy entertainers. Every time I walk into a set to play a character which is very different from what I have played before, it gives me jitters. It scares me, which is good as it often brings out the best. Even if you are doing a massy entertainer, you need to figure out newer ways of entertaining the audience. I can’t still be doing what I did in
Main Tera Hero.

Do you feel that when you started out, there was far more pressure than what the new breed is facing? Today, the newer actors have many more avenues, opportunities and chances to prove themselves. Would you agree?

Well, what has changed is that the things one would do to create a perception earlier, now everyone is doing it. During the pandemic, I got tired of putting myself in that rat race. I thought till when are we going to keep doing this? I know ultimately, I am here to be an actor. So, I decided that I am going to remove myself from this, and that’s what I did. It’s just about doing things in my own style and not trying to run this race because everyone is just doing the same thing. Today, we are all trying to create a perception that we are successful, that we are No. 1, or we are this or that. We have all got sucked into this rut. Every producer knows how much money his film has made, and yet, he has to put it out for everyone to know when it’s a success. Even I am sucked into this, and I can’t help it. Unfortunately, cinema has become more about perception rather than judging how good or bad a film is. So, my obsession right now is to be a part of good films and work with good directors.